It’s a slightly old-fashioned kind of dish but I’m rather partial to a pot-roast chicken. It’s the easiest way to guarantee a succulent, perfectly moist bird, especially when you slaver it in plenty of butter too.

This pot roast is very much like the Poulet a l’Estragon I made in France and featured on the blog last year. But whereas that one is a wonderfully aromatic summer dish, this pot-roast is a subtly spiced winter warmer. END_OF_DOCUMENT_TOKEN_TO_BE_REPLACED 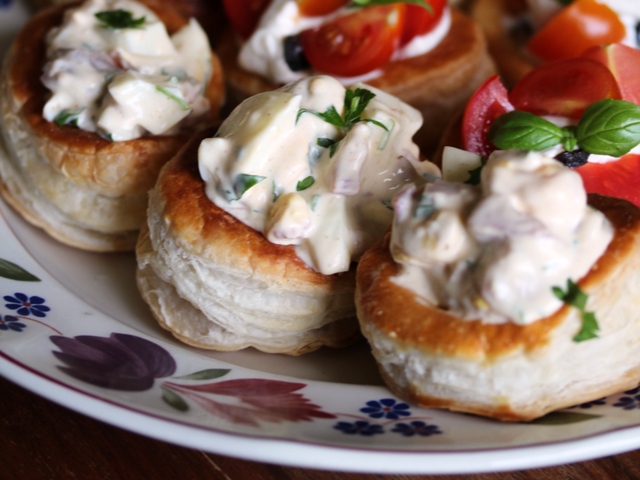 Right up there with mini cocktail sausages and cheese and pineapple chunks on sticks, vol-au-vents are the epitome of 1970s retro chic when it comes to party food. END_OF_DOCUMENT_TOKEN_TO_BE_REPLACED 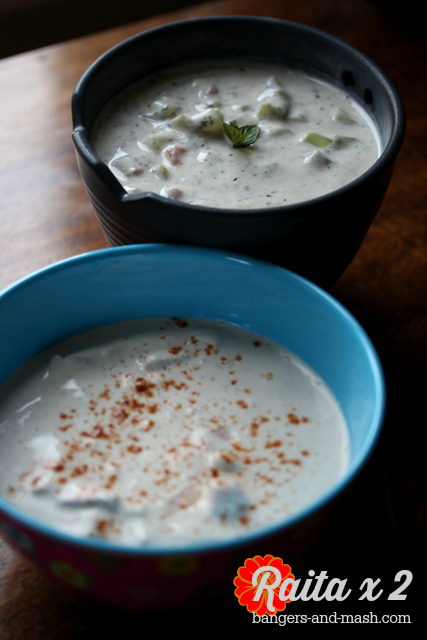 Whenever we eat curry, we always have raita on the side. It’s quite simply a match made in heaven. I’ve never actually followed a raita recipe though, generally just making it up as I go along, chucking together some yoghurt, mint, cucumber and perhaps a pinch of spice or squeeze of lime, depending on my mood.

But the other day when I made Madhur Jaffrey’s wonderful chicken tikka kebabs from her Ultimate Curry Bible, I came across a couple of her raita recipes and thought I’d give them a go. And they are ever so good. END_OF_DOCUMENT_TOKEN_TO_BE_REPLACED

We ate this goulash for Sunday lunch the other weekend. It was absolutely delicious but sadly I can’t take credit for the recipe. It was sent to me by my Twitter pal Jacki Harrison-Stanley for entry into The Spice Trail challenge, which this month is celebrating paprika.

As Jacki isn’t a blogger, I happily volunteered to post the recipe for her and just had to try out the recipe on my family. They loved it. And it was very simple to make, which is always a big bonus.

Jacki recommends serving her goulash with rice or a baked potato. We happened to have a whole load of spuds that needed using up, so I opted for mashed potato instead, made with plenty of butter and some of the leftover soured cream.

Heat the oil in an ovenproof casserole dish and brown the steak on a high heat.

Remove the meat. Reduce the heat and cook the onions for 5 minutes. Add the garlic and return the meat to the casserole dish.

Sprinkle in the flour and paprika, and give it a good stir to soak up the juices.

Add the tomatoes and season to taste. Bring slowly up to simmering point and then cover with a tight-fitting lid.

Place the casserole dish in the Aga simmering oven for 2 hours or in a conventional oven at 140°C / gas mark 1.

After 2 hours, add the chopped pepper and then cook for a further 30 minutes.

Just before serving, stir in the soured cream to give your goulash a beautiful marbled, creamy look.

Sprinkle with a little paprika, and serve with rice or a baked potato.

My thanks again to Jacki for another brilliant recipe.

As Jacki’s goulash is flavoured with paprika, it is being entered into this month’s Spice Trail challenge, a monthly event hosted by me!