The six-week school holidays have started, and so has my family’s Around the World In Six Suppers adventure. Because this summer it looks like we’re not going to get away for a proper holiday, I’ve decided that the world will instead come to us in the form of six dishes from some of my favourite holiday destinations from bygone years. You’ll find the full itinerary for our culinary world tour here.

So our first stop is the Big Apple – New York!

I have only been to New York once and that was back when I was just 12-years-old. I’ve just realised that’s a quarter of a century ago. I really don’t feel old enough to be able to say that! The city made a big impression on me – I guess it probably does to everyone that visits – and I long to return one day. As a youngster discovering the thrills of the cinema, arriving in New York felt to me like walking onto a colossal movie set. I loved the size, the pace, the colour, the noise, the energy. I walked through the streets, trailing behind my mum, with eyes to the sky and jaw to the sidewalk.

As well as the sights, the shops, the people, the music, the galleries, the parks, the subway, the taxis – the other thing that left a big impression was the food. I can’t say it was the finest culinary experience of my life but as a child-almost-teen I was like a pig in muck. Fast food and soda and candies everywhere; everything bright and garish and so, so tempting. And yes, it’s probably a bit of a cliché, but the food I’ve picked to transport me back to New York is the ubiquitous and oh so American hamburger and fries.

Throughout my subsequent teens I enjoyed a love affair with all things Americana. I adored hanging out in Ed’s Diner in Leicester Square with my friends, where we’d sit for hours at the counter savouring our malted milkshakes and using up all our pocket-money in the mini jukeboxes. I listened to the soundtrack to American Graffiti endlessly. My favourite movies were Grease, Cry Baby, The Outsiders, Dirty Dancing and Back to the Future. And so, consequently, I’ve eaten a lot of burgers in my time.

I can’t lay any claim to these particular burgers being an authentic American recipe. In fact it’s hardly a recipe at all. It’s essentially meat shaped into a patty and fried. I like my burgers simple – good meat, cooked rare. I’m more than happy to dress them up with pickles and cheese, sauces and salad. But I don’t like to do too much to the burger itself.

Before we get to the burger though, here’s a very simple recipe for quick pickled cucumbers. In my eyes, a burger has to be served with pickles and these are perfect – not slimy like the ones you might get slopped onto your burger in a high street joint. Even my husband, who doesn’t normally eat pickles, admitted to liking these.

In a saucepan, mix the cider vinegar with the water, salt, mustard seed, dill seed, peppercorns and garlic and bring to a boil. Remove from the heat.

Put the cucumber slices into a sterilised glass jar and pour over the boiling vinegar mixture, making sure the cucumber is completely covered. If not, add some more water. Screw on the lid and place in the fridge for at least an hour. Job done. The pickles will keep for a couple of weeks. 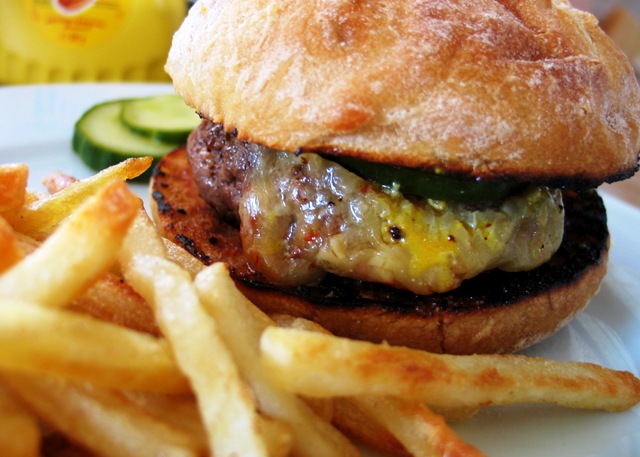 And moving on to the main event…

In a large bowl, grind salt and pepper into the minced beef and mix well. Using your hands shape the meat into four large patties.

Heat the butter and oil in a large frying pan until the butter starts to foam a little. Add the burgers and fry until browned on the outside but still a little pink on the inside. For me this took around four minutes on each side, but it all depends on how fat you make your burgers. If in doubt, cut one open to check whether it’s cooked to your liking. When you’ve flipped your burgers the first time, lay a slice of cheese on each one so that it melts while the other side is cooking.

While the burgers are frying, slice open your ciabatta rolls and toast. Serve your burgers in the toasted rolls with slices of tomato, pickled cucumber and a squeeze of tomato sauce and that bright yellow mustard they love in the States, with a pile of skinny fries on the side.

Enjoy. Preferably with Green Onions playing in the background. 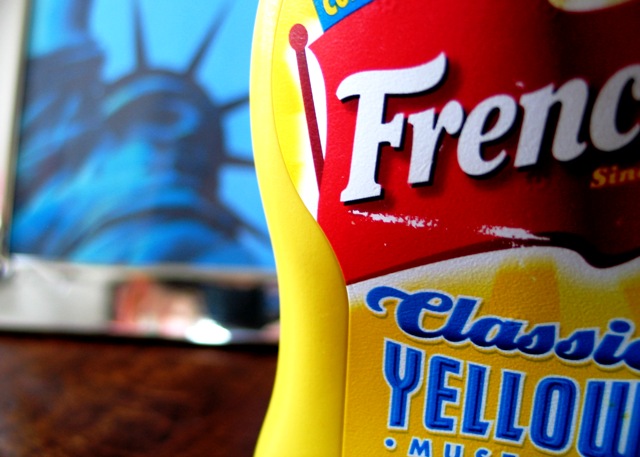 My family loved their hamburgers and we topped off our New York diner experience with a big fat slice of American-style baked cheesecake. Gorgeous. 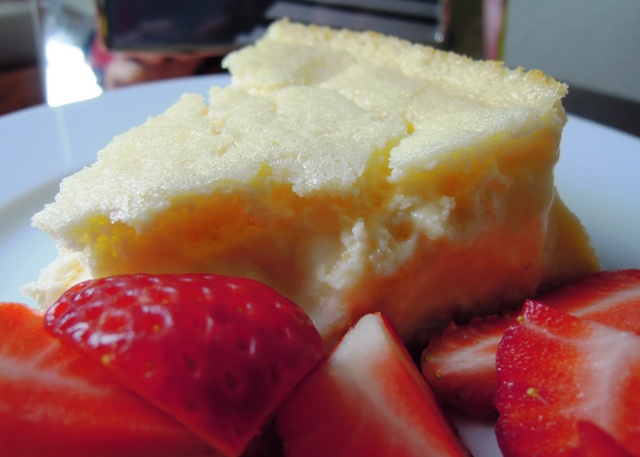