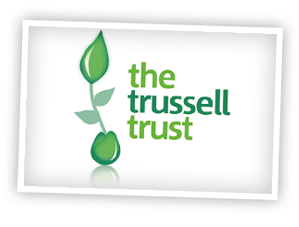 I’ve just heard about the £3 cookery challenge being run by leading food charity The Trussell Trust in conjunction with Buyagift. I think I might give it a go – will you join me? The aim of the challenge is to raise awareness of how difficult it can be to feed our families on a limited budget, as well as raising money for The Trussell Trust.

Food poverty is no longer something we associate only with people in developing countries. Increasingly people here in the UK are struggling to put food on the table to feed their family.

The Trussell Trust reports that over 350,000 people received three days’ emergency food from their network of foodbanks between April and September 2013, triple the numbers helped in the same period last year. The charity says that UK hunger is getting worse and is calling for an urgent inquiry into the causes of UK food poverty and the consequent surge in foodbank usage.

This cooking challenge calls for people to come up with delicious meal ideas to serve at least two people that don’t break the £3 budget. And Buyagift is offering a fantastic array of prizes to encourage people to get involved. There’s a meal for two at Marco Pierre White’s Steak House in London, a gourmet cookery lesson and a relaxing spa day all up for grabs, and Buyagift will also make a donation to The Trussell Trust.

Of course, a challenge like this is going to do little to fix the dire situation our society currently finds itself in. As Chris Johnes, Oxfam’s UK Poverty Programme Director, said recently: “It is completely unacceptable that in the seventh wealthiest nation on the planet, the number of people turning to foodbanks has tripled.” Welfare reform has got to be pushed higher on our agenda as a country.

But still, anything that helps promote the amazing work of The Trussell Trust has got to be a good thing. So my thinking cap is on, and I’ll report back when I’ve come up with my £3 meal for the challenge. Perhaps you’ll consider taking part too? Find out more here.