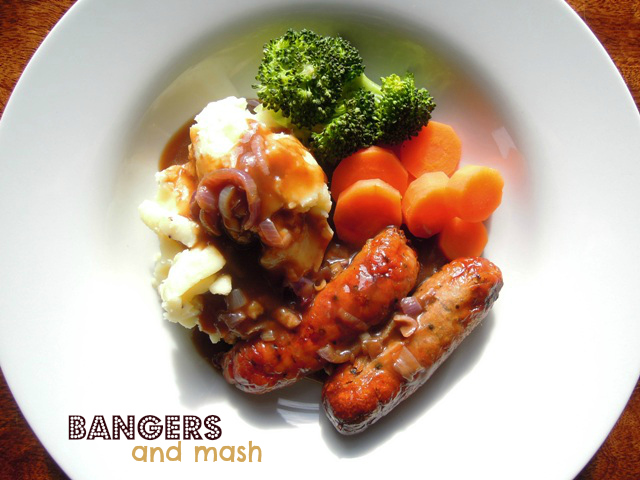 It’s only taken me a couple of years, but finally bangers and mash makes an appearance on my blog. There’s been a sausage pasta, sausage chilli, sausage bake, sausage and noodle soup,  and even a Star Wars sausage stew, but this is the first time that classic pairing of the humble sausage with mashed spuds has been allowed to take centre stage. 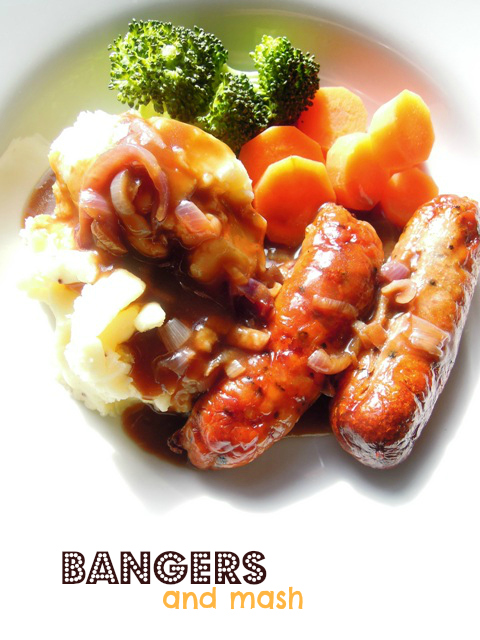 It’s not really a recipe though, is it? I guess that’s why I’ve never featured it before, despite it being the namesake for my blog and a dish we eat almost every week. (In case you’re interested, here’s a blog post from 2011 on why I chose to call this blog Bangers & Mash.)

This month’s Family Foodies challenge, hosted by Lou over at Eat Your Veg and me, is all about the food you cook to show your family how much you love them, and I simply couldn’t not enter my good old bangers and mash. If my children are feeling low or have had a demanding day, then bangers and mash is one of those tried-and-tested dinners that is sure to put a big, beaming smile back on their faces. It works for my husband too. It’s a hug on a plate, all covered in gorgeous gravy.

Here’s how I make mine…

I tend to buy my sausages (and indeed most of my meat) from the local butcher, and I always go for the best I can possibly afford. I would rather spend more on good, free range, locally reared meat and eat less of it, than buy cheap, lower welfare meat which never tastes as good. While pork sausages must have a minimum meat content of 42 per cent pork, I try to make sure my sausages contain at least 70% meat. Fried sausages are of course quite delicious but I usually grill mine as it’s ever so slightly better for you.

It’s important to choose a good floury potato for your mash, such as King Edwards or Desirée. Peel and boil them until just tender, drain and then add a generous knob of butter to the hot potatoes and allow to melt before mashing them with a dash of milk, a dollup of wholegrain mustard and some salt and pepper. I rather like my mash to be a little lumpy. It’s not an excuse honest; in fact I have a slight aversion to the super smooth ‘creamed’ potato you get in restaurants – but each to their own!

I must hold my hands up here and admit to using gravy granules fairly often. It’s different when you’re cooking a roast; there are lots of lovely meat juices from which to make your gravy. When you’re cooking sausages, it’s not quite the same. But it is still possible to make a delicious gravy from scratch (well, using a stock cube or frozen stock) and if you’ve got the time, it’s well worth that little extra effort. I like to make my gravy with red onions and redcurrant jelly for some sticky sweetness, which goes so well with sausage, although you could swap for white onions and Balsamic vinegar instead. Here’s my recipe…

Heat the oil in a heavy-bottomed saucepan and add the onions. Turn the heat down low, cover with a lid and leave the onions to cook gently for around half an hour or so, until soft and translucent. Give them a quick stir every now and again.

Stir in the corn flour and cook for a few minutes, before pouring in the hot stock and redcurrant jelly. Cook for another 15 minutes to thicken. Check for seasoning before pouring into your gravy boat and then smothering all over your bangers and mash. Delicious!

As I mentioned before, I’m entering this dish into February’s Family Foodies challenge (hosted by Eat Your Veg and me) where the theme this month is LOVE. 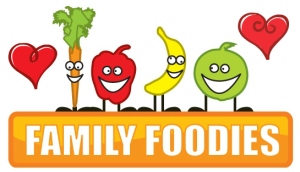 6 thoughts on “How I make bangers and mash”